The New Legislative Session, Cassandra C. And More On WNPR’s The Wheelhouse 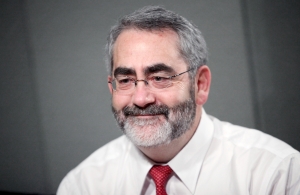 It is always an honor and a pleasure to join John Dankosky, Colin McEnroe and their guests on “The Wheelhouse,” WNPR’s wonderful weekly news roundtable.  Today we discussed: hot issues facing the Connecticut legislature during its 2015 legislation session, which begins today; a fascinating case heading to the state Supreme Court concerning a 17-year-old girl who wants to refuse life saving medical treatment for her very-treatable case of Hodgkin’s lymphoma; and the growing debate over the insensitivity of a local craft brewery in using the name and image of Mahatma Gandhi to promote a pale ale. (I join the discussion about 13:30 into the segment.)

Thanks for having me on the show guys!  (And thanks to Chion Wolf for the great pic she took at the studio.)

Senator Maynard And The Oath, Ctd.

To the pleasant surprise of just about everyone, Senator Andrew Maynard (D-Stonington) appeared in the Senate chamber this morning and took the oath of office with his colleagues.  Former Senate President Pro Tem Donald Williams Jr. accompanied Maynard, who apparently did not speak, but smiled and waved to his colleagues.

END_OF_DOCUMENT_TOKEN_TO_BE_REPLACED

Discussing The Ferguson Grand Jury, Sen. Maynard And More On The Wheelhouse

Last Wednesday was a pre-Thanksgiving treat: WNPR’s John Dankosky invited me to join him, Colin McEnroe and several other guests on his regular Wednesday morning show, The Wheelhouse.  We discussed the Ferguson grand jury decision, retiring Senate President Don William’s new gig at the CEA, the Office of the Child Advocate’s report on Adam Lanza, and oh so much more.  I had a great time John and Colin.  Thanks for inviting me on the show!

CT-N taped the show.  If you like to watch people sit in a radio studio and talk to each other, click here.